If you could only bring one Switch game with you to a deserted island, which would it be?

Everyone’s answer might be different, but they share three key ingredients: longevity, creativity, and immersion. This is more than a recipe for addicting gameplay: under these conditions, no two playthroughs can be the same. Read on for our list of perfect Switch games for staying at home.

Many top choices for long-term games are truly evergreen, with procedurally-generated environments or random encounters that give them an infinite shelf life.

The Animal Crossing games are long-term experiences by nature. They’re best enjoyed casually in short bursts, but even then, they are known to lose their shine over time. Animal Crossing: New Horizons comes to the rescue.

Now you can completely terraform your island and fill it with customized furniture. Nook Miles Islands are the cherry on top, because without these randomly-generated environments, players would be stranded on their own island if no other friends are online. With these less passive activities, the community for this particular Animal Crossing game can thrive in a way that puts Reggie’s New Leaf obsession to shame.

This game is the definition of a match made in heaven: Dragon Quest’s timeless RPG formula, combined with Minecraft-esque block building. Structure meets creativity as you complete quests, fight monsters, and grow your village. As in all Dragon Quest titles, there are plenty of ways to customize each character to create the perfect battle party. Now, in this blocky world, anything can be customized. Plus, as in Animal Crossing, you can share and build online alongside friends who also have the game.

There’s nothing like the maniacal satisfaction of designing a tricky level in Mario Maker and watching others suffer. There’s also nothing like the sting of falling prey to a level that’s utter pandemonium but somehow still beatable. This game’s not just about one-upping others on skill, though. With so many level design tools, players continue to uncover new possibilities, creating unconventional “experiences” out of levels. It’s hard not to feel inspired while playing through the storyline and the impressive community levels – and it sure is easy to spend hours upon hours perfecting and playing your own.

If Mario Maker gives you an itch to try game development, then FUZE4 is up for the job. This isn’t a game – it’s a tool to code and design your own Switch games. People at any skill level can get up to speed on the basics, and spend as long as they’d like practicing to master advanced coding skills. There’s no pressure with annoying reminders, achievements, or suggestions – just a guide, and all the tools you need to create a masterpiece and share it with friends who also have FUZE4. On the design level, you can spend hours creating custom objects, maps, and sprites – or use the pre-built ones and focus on gameplay. When it comes to the code, your imagination is the limit, so long as you’re willing to take the time to learn.

Although solutions for Adventure and RPG games may be scripted, they can be approached any which way in these more robust games; player choice can drive the experience in a new direction, ensuring that repeat playthroughs are abundant with new discoveries.

The Legend of Zelda: Breath of the Wild

There’s a limited amount of content to discover in Zelda titles – so why is this here? One thing that sets video games apart from books and movies is that everybody experiences each game in a different way. Each repeat playthrough of Breath of the Wild in particular yields new discoveries – new pacing in the storyline, new ways to use the physics, and new strategies for puzzles and enemies. (Not to mention – new horse friends!) Players can challenge themselves to charge Ganon right out of the tutorial in their pantaloons – or take the time to grind out this expansive world. After spending dozens of hours grinding and experiencing all there is to offer, starting a new game provides the warm, fuzzy feeling of a fresh start.

Speaking of open worlds – older players can get completely lost in The Witcher 3’s big map. As Geralt galavants around getting distracted by side quests, the player can customize his armor and weapons in different ways to try out new battle strategies. All the while, you’ll make meaningful decisions that result in three different endings. That’s incentive to play through these dozens of hours at least a few times.

In much the same vein as The Witcher 3, Fire Emblem: Three Houses inherently gives the player a reason to re-experience its vast offerings over and over. The difference is that here, we have a smaller world, but arguably more opportunities for the player to create a “unique” feeling playthrough. There are distractions and decisions galore to organically extend playtime, as well as a huge cast of characters to build a relationship with each in-game day. Not to mention, you’ll spend enough time pulling your hair out over battle strategies

Like Link, the world’s favorite plumber isn’t known for making big, earth-shattering decisions. However, with Mario’s newfound ability to hat-possess nearly anything, there is a new realm of problem-solving possibilities. Exploration is a joy as you jump, spring, flap, and swim around. This is the kind of game where it’s a treat to revisit areas – not just to clean them out for completion, but to re-experience the cute characters, try new strategies for puzzles, and discover some of the game’s many hidden secrets. For younger players, each world can certainly act as an endless playground – especially the bustling New Donk City.

These games may be known for their relaxing and repetitive qualities, but they offer much more than tedious tasks: each has an immersive world with loveable characters, exploration, and customizability.

Perhaps the most iconic indie game on the Nintendo Switch, Stardew Valley took all of the things we loved about Harvest Moon games, and gave us that little bit of daily excitement we needed to feel immersed. That goes beyond the heartwarming story: building a relationship with each townsperson takes time and is incredibly rewarding. After spending countless hours doing that and meticulously creating the perfect farm, you might start to feel incredibly attached to a single save file. Or, you might start new games to try out the different kinds of farm types and woo different people.

You might be surprised to know that building relationships is also a part of Graveyard Keeper. So is burying bodies, maintaining a farm, and dungeon crawling. As in Stardew Valley, each quest might require several hours of gathering and grinding, and all the while, you’ll be able to customize your experience and make difficult choices. If nothing else, this game offers a one-of-a-kind setting and brand of humor that stands out in the farming simulator genre.

With so many great farming simulators on the Switch, Doraemon Story of Seasons sparkles with its storybook vibe. Friendships, farming, foraging – it’s all the same things you’d experience in the above games. However, this game is not just endless and relaxing – it’s distinctly immersive. Each scene feels like it’s ripped from the pages of the manga it’s based on.

If you’re in it for a less story-based grind, Forager could be your go-to meditation game. The world is not quite “open,” but the journey toward unlocking every area is far from all the fun: resources and enemies are always abundant if you want to revisit. It’s absolutely a hoarder’s dream.

In solid multiplayer games, every round of play results in chaos and hilarity.

Few things drive loved ones apart faster than this racing game. Things can get heated as you’re flinging everything from banana peels to bombs at each other – but as rage-inducing as it is, Mario Kart never gets old. Why else would we continue to gather around the couch to play these games even after over two decades when the formula has remained exactly the same? Now, even alone, we can get this satisfying sense of competitiveness thanks to the Switch’s online multiplayer.

Speaking of games that end relationships: it’s no secret that Super Smash Bros. makes for a go-to party icebreaker. You can count on it for heart-pounding local and online fights, with tons of maps, items, and characters to master. This game in particular features a single player mode that managed to top the previous title’s already-unprecedented story mode. On top of all this, there have been many exciting additions to the game’s huge roster sprinkled out since its release.

Even after the campaign and collection is said and done, everybody knows that Splatoon’s true value lies in its competitive online multiplayer. Utilizing the coolest weapons, abilities, and attire you’ve unlocked thus far, you can join online Turf War matches. Shake repeat play up with three different modes, or stick with and master your favorite – either way, each round will present new challenges. Shooting colorful ink at everything is a joyous addiction on its own, but when you’re doing so in a ranked competitive environment, you simply can’t stop till you reach the top.

The beauty of the Jackbox series is that each collection brings the “board game” experience to the virtual world in a way that few games  do. Anyone from around the world can connect via any device’s internet browser. That makes Jackbox Party Packs incredibly valuable, as they can be whipped out in any occasion and circumstance without worrying too much about logistics; even if you’re playing on-the-go in handheld mode, all of your friends near and far can get in on the fun. The games are wacky, hilarious, and sometimes a little raunchy. Anyone who needs a “forever” party game has it in these titles.

Thanks for checking out our list of perfect Switch games for staying at home. Let us know if you agree with our choices in the comments. 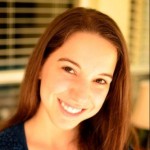