One of the great things about Big Daddy Gaming branching out to a variety of platforms outside of Nintendo is the opportunity to enjoy gaming in its many forms. Most recently we’ve had the pleasure to have a guest writer join the open beta for the upcoming Dominion App coming to iOS, Android and Steam PC. Take a look at our preview of the Dominion App Beta from Temple Gates Games LLC. And while you’re here, you may enjoy our Digest piece Are Tabletop Games Missing a Trick on Switch? By Gareth Tucker.

Journey of a Thousand Cards

I love me some Dominion. I have played closed to thousands of games over the years and it is still my go-to game when I have game nights with my family. In fact, my family and I were on the way to Costa Rica for a weeklong vacation when I found out there was a new expansion set; the four of us traveled through downtown Portland (through terrible traffic) to stop at a hole-in-the-wall game store to buy the expansion set while en route to the airport so we could play on vacation. True story. So I was obviously interested in being a part of the closed beta test for the upcoming and officially licensed Dominion app, being developed by Temple Gates Games (TGG) for iOS and Android devices.

A Kingdom in your Palm

For those not aware, Dominion is a deck-building card game. While that may not sound like much, there are currently 13 expansion sets and close to 320 different cards available. Given that changing even one card in a game can profoundly affect a player’s strategy, there is basically infinite replayability, which explains why I (and many others) have played so much. But despite the popularity of this title, the digital adaptations have been… less than stellar. Does the newest attempt to bring Dominion to the digital masses succeed so far? In a word, yes.

I have been very impressed with this app and the work being done by Temple Gates Games. TGG have given players the option to play online against other players or single-player against the AI. The AI has been rock-solid and tough as nails at times. There are a few strategies that the AI seems unaware of, but that’s to be expected given the sheer number of card interactions that Dominion offers.

We APPreciate the Portability

Bugs are few and far between, and those that have been reported have been fixed quickly. Technically, the app seems stable and well-written, although AI turns can take longer than one might think as the card selections and possible strategies become more complex. But it is obvious that TGG are concerned about the quality of their work and there are some nice touches that are in place to ensure that players get as much enjoyment as possible. For example, there is a “redo” button, in case you select the wrong option accidentally. Players that go online are given up to three days between turns.

Finally, I should point out that the presentation standards seem to be set high for this digital adaptation. Dominion is a card game and the fun comes from the interactions between cards. Honestly, you can enjoy the game with no graphics at all as long as the app functions correctly, so it’s nice to see TGG put some effort into the game’s appearance.

I am very enthusiastic about the work being done for Dominion to finally have a proper mobile presence. You can play a game in five minutes and it is a perfect game to enjoy on the go. Temple Gates Games have done an excellent job adapting this game to mobile devices and I am eager to see the finished product.

CaptainDohbags has played hundreds of rounds of Dominion for the Android OS using an LG Wing and the latest version of Android. 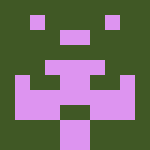