Gather around cat lovers, because we finally have an RPG tailored for you! Atsushi Saito, a manga artist and game developer with twenty years of experience in the industry has produced “Giraffe and Annika.” It’s the premiere game developed under his new studio, atelier-mimina. As a lover of both cats and RPGs myself, the concept of an RPG starring an unassuming cat girl caught my attention! While the art design is immediately charming, here we will determine whether there’s substance to be found, or if we’ll be clawing it apart thread by thread!

Ever wake up with a funny feeling of forgetfulness?  Perhaps, with a sensation that you’re in the wrong place? Well, if you answered yes to one of those, you’d share something in common with our protagonist Annika! Our story begins with Annika waking up from a dream where she finds herself talking to a shrouded woman. Upon awakening, she realizes that the world around her is unfamiliar! It is then she meets a friendly, yet elusive man named Giraffe who claims to be her old friend. He reminds Annika that she is one of the last surviving Felycan – a divine species native to Spica Island. Giraffe promises to help Annika regain her memories if she manages to collect the three legendary star fragments. Therefore it’s up to Annika to cross the Felycan barrier into each dungeon, claim the star fragment and discover more about her upbringing!

At its heart, Giraffe and Annika is the definition of an “isekai” adventure, with all the tropes you’d come to expect in tales such as Alice in Wonderland. For the most part the story is truly conventional in this regard. Yet conversely, the game prioritizes exploration of the island over feeding you story, thus the minimalist narrative arguably benefits the type of RPG it is. Of course, as you uncover more about Annika’s past, no doubt a greater message does come into play.

POUNCING TO THE BEAT

When you begin your adventure, you’ll find that Annika’s skill set is quite limited. She is unable to run or jump, making a majority of Spica Island inaccessible early in the game. You’ll soon enter the Forest Dungeon within the first 10 minutes of Giraffe and Annika, where you finally gain the jump ability after getting the first star fragment! Each dungeon you enter will expand Annika’s abilities and make her more efficient to control. But how about the dungeons themselves?

If you’ve ever played a Zelda game, you’ll know what to expect. Every dungeon has a unique mechanic based on a elemental theme. For example, the forest dungeon has you traverse large maze haunted by ghosts! Whereas, in comparison, while exploring the fire dungeon you’ll breeze past falling boulders on a minecart. They are all quite simple to navigate, without much in the way of challenge or items to collect. Throughout the game, the only collectable to worry about are “meowsterpieces,” which feature humorous paintings of cats that you can trade in for pawesome accessories! Oh…excuse the pun – the game seems to be getting to me!

The bosses you meet at the end of each dungeon are where the game turns itself on its head. Instead of clashing swords, you’ll find Annika duking it out in a magical rhythm game! Man, it’s been a long time since I’ve seen rhythm battles in an RPG. These battles are simple to understand; all you have to do is press “A” to the beat of the music as the boss projects its malevolent energy at you. There is an arcade element at play of trying to get a high score, allowing you to replay these battles anytime after you’ve completed them.

One aspect of Giraffe and Annika that I can not give enough praise to is the gorgeous cutscenes. Tosaka drew all of these in the style of traditional manga, and you can tell how much passion was put into them. The entire game’s art direction is vividly charming and detailed, inflicting a sense of childlike innocence. You’ll feel a sense of curiosity as you meet each of the island’s residents, from the passionate painter Hilfred to the sweet and gentle dressmaker Mary. This is where the presentation of the game really pulls you into Annika’s shoes.

Although, what’s equally important as the art in making a game like this feel alive is the sound design. Most of the soundtrack is accompanied by whistlin’ woodwinds and piano chords, creating some relaxing melodies. There is a playful leitmotif found throughout most of the soundtrack, and by the end of my journey I found it ingrained into my brain! However, this might make the soundtrack repetitive to some people. Either way, there’s no doubt the instrumental choices are well selected.

Over the course of my six hour journey, I came across only one bug in the game. Although, it was quite the humorous one. As I was standing on a boat heading towards the shoreline, Annika’s tail expanded and started clipping across the screen! Usually such a hiccup like this would affect the performance, but Giraffe and Annika runs fluidly in any scenario. There’s no discrepancy between docked or handheld mode here.

Considering only a minor, incidental graphical glitch such as this one is all I came across, I can certainly say there is a solid experience to be found here. For a debut title, atelier-mimina delivered a well presented and stable game; congratulations are in order, as we often find this is the category such first titles often fail in!

TIME TO TAKE THE CAT FOR A WALK

Spica Island is a delightful toy box to explore, with many endearing creatures to meet. The world and characters are all presented in a neatly wrapped package, which makes Giraffe and Annika above all a heartwarming game. Although the journey is short at less than ten hours without much in the way of difficulty, there were still many moments that kept me smiling the whole way through. This will definitely be a great game for those looking to get into the RPG genre.

Giraffe and Annika may be short but sweet, yet it’s presentation makes an accessible and adorable adventure that pretty much anyone can get into. 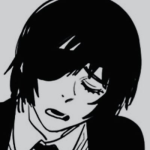