Video game collectors around the globe are always looking for ways to get their hands on specialist games, those rare items that either never got a physical release, or whose release was never available in certain parts of the world.

It’s 2015, enter Limited Run Games, a company dedicated to providing collectors access to some of the rarest and most desired games. Publishing top titles for PlayStation 3, PS Vita, PlayStation 4 and the Nintendo Switch they have become one of the most recognizable names in the game collecting sphere.

We were lucky enough to get the chance to nab a few moments of their time for an interview with Limited Run co-founder Douglas Bogart.

What lead you to start Limited Run Games?

You have said before that you are silently funding some games, is this still the case?

Yes, we still keep an eye out for great games that might need some help funding!

Could you tell us some of the games you have funded?

We help fund the development of ToeJam & Earl: Back in the Groove! We also helped port games like Bomb Chicken and The House in Fata Morgana.

What is your favorite game that you have released to date?

That’s a tricky question as there are a few I’m proud of such as Senran Kagura: Bon Appetit, Celeste, SIGIL, Jak & Daxter, and many more!

Is there a game you have been trying to get but continues to elude you?

Game, I’m not sure, but a company would be Sega or Square Enix, those are our next goals!

What has been the most popular game you have released?

Definitely, Celeste, that game defied expectations and sold more units than any other game we have done so far.

How do you feel about the rush of ‘special or limited’ edition game brands? Do you feel there is a risk to the uniqueness of this niche sector?

I think competition is good, but I do think there are way too many companies doing what we do now. I think it’s going to hurt the market and it already has in some ways. PS4 doesn’t sell as well as it used to, and some of these companies don’t even ship their products or ship something bare bones without any care put into it.

Can you give us a little insight into what goes into a limited run project?

We try and curate what games we are going to add to our lineup. We want something we know people will be excited about or something we can look back on with pride. We work with the developers to create something really special that they can be proud of. For a lot of developers, this is the final step in a game for them, a chance to close the door and move on to the next game, so it’s important that we do a good job for them.

How long does a single project take?

It can really depend, some projects have taken a year or more to get done, others have been done in a month. We try to cater to the developer and not rush them.

How has your process changed from when you first started?

We have more people involved in the process and have expanded the team. This way each project gets the attention it deserves. We also do more collector’s editions now which has been really fun for us and the developers.

Do you have plans to actually move beyond dining and into game development itself?

We still have the Mighty Rabbit side and they are still working on games for other companies. We plan to do more original stuff and are already working through some ideas with other developers!

What one game would you want to be able to get a release for?

If we could be attached to anything Phantasy Star Online, I would be able to retire happy.

What do you look for in a game? What makes you think, that is a Limited Run worthy title?

We try to think “what would our customers want” and go from there. We also don’t pick games we aren’t personally a fan of. We also like to take a look at the developer as a whole. It’s important to us that we maintain a strong lineup and continue to be the gold standard.

Your titles appeal more to seasoned collectors and game enthusiasts, what advice would you give to new collectors just getting into games?

Be prepared to be in an expensive hobby. Even before we had this company, we were collectors ourselves. It isn’t a cheap thing to be into but it’s a lot of fun. I would say to people just starting out to pick something reasonable. For example, if you want to be a Switch collector, maybe just be a North American or European release focused collector first. With so many companies doing what we do now it’s really hard to be a full set collector, but more power to those that are accomplishing that right now!

Could you explain why the LRG titles don’t offer the ability to collect gold points, the same way other physical (an digital) games do?

This process is something that needs to be done by the developer. It’s just a patch that will enable it but the problem is some people will see the game has a patch and accuse us of putting out an inferior release not knowing it was just for gold points.

The news this year that you were partnering with Lucas Arts is very exciting. How long did it take for you to finalize those negotiations, given the current surge in popularity of the franchise?

We first met and talked to Disney at E3 in 2018. So, it only took about a year which is surprising as it took much longer for some of our other projects. They were very keen on getting something moving for the fans.

Could you let us know if you have any plans to release a collectors edition of the Rogue Squadron games?

Nothing to report at this time, unfortunately!

Would there also be a chance for a revival of the Factor 5 Wii based Roque Squadron collection?

That would be really cool, but it isn’t something we’ve discussed.

We’ve seen the debate in the publishing world for a long time now and gaming seems to be the next one on the list. How do you see the rise in digital sales impacting the industry in the long term?

I think digital will definitely be the norm in the generation after the next one. I think Nintendo will hold out on physical games for as long as they can but one day, digital games will be the norm and it really sucks for collectors, but as long as companies like us are around maybe we can help fight that future.

Could a rise in digital sales add even more value into collector’s edition games?

I would definitely say so. People like me will still want to own a physical copy of something they love regardless. If digital is the main focus then anything physical will definitely shoot up in demand from people like me.

Thanks a lot for your time, Douglas, I appreciate it.

Limited Run is a company on the up, and no matter where the industry moves in the every growing digital debate, we can be sure that this small, dedicated team will be doing everything they can to provide us collectors with the games we crave.

If you want to learn more about Limited Run and the titles they are creating, then check them out and sign up to their newsletter. You have to be fast though because their titles are known to sell out fast. 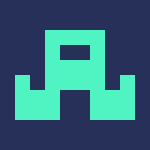