Independent Bulgarian studio Dreamteck first created Lifeslide as an Apple Arcade exclusive but is now more readily accessible on PC.  This version boasts a more robust experience with more modes and levels, as well as an online leaderboard. Join us as we review the Steam version of Lifeslide.

Life is a Skyway

The game’s title describes both the setting and story efficiently. You control the descent of a paper airplane as it glides across a menagerie of colorful landscapes named after evolving states of mind. There is currently nothing more than vague background details making up the game’s story, and it feels appropriate combined with the clean simplistic art style and focus on the experience of gliding.

All Downhill from Here

Lifeslide appears to fit into the unofficial and nebulously defined “launcher” genre by its inclusion of collectible currency for purchasing upgrades to boost your stats enough to pass later levels. An argument can also be made for its placement in the roguelite genre, but I believe the simplistic upgrade system, checkpoints at the start of every section, and levels arranged into a straight line put it much more firmly into the launcher genre.

The plane is controlled by tilting it with either the WASD keys or a single analog stick. You also obtain one use power-ups activated with either the space bar or a face button. I highly recommend using a controller for this game. The plane is controlled primarily by subtle nudges and gradual shifts and an analog stick allows for much smoother control. The act and mechanics of gliding take center stage in Lifeslide. Your main goal is to maintain a balance of vertical movement and utilize various power-ups and air currents.

Streaking across each level are lines of tiny glowing cubes, of yellow and blue. These are currency and act as the main motivation for going out of your way to risk a more difficult path. The yellow bits are health. They refill a timer that would otherwise end your run. The blue bits are for upgrading your stats between flights. This creates a dynamic of short term versus long term progression and making sure you collect enough of both eventually. The levels take advantage of this in a few creative ways, such as rewarding you for braving a difficult route with a healthy line of blue and yellow bits or dividing the level into two layers with one color of bits each.

The art and music steal the show here. The art style is clean minimalist polygonal, and while it has been done often in indie titles, it is done effortlessly here and has a bit of consistency with paper planes as a minor theme. Even though each landscape is just part of a straight line of randomly generated parts, it always ends up seamless and sometimes truly breathtaking. At my PC’s resolution of 1440p with antialiasing enabled, everything was as smooth as the promotional screenshots imply.

Dynamic music has been an interest of mine for many years, and Lifeslide is a shining example to me. Each new section transitions a few instruments at a time, sometimes adding or removing percussion to change the energy appropriately. All the instruments are of excellent quality and many songs have a catchy hook. The soundtrack clearly was inextricably tied to the game during development, it is a joy to listen to and contributes tremendously to the game’s soaring feeling and emotional range.

Power by the Hour

Dreamteck deserves credit. They created a game in Unity 3D with smooth sloping landscapes, seamless endless levels, and a gorgeous dynamic soundtrack. On top of that, they created tools for the Unity store for other developers to use for their own projects, based on those three tenets. However, their choice of Unity 3D for the game’s engine has yielded some negative consequences. The game tends to skip frames for seemingly no reason at all even while running at over 100 frames per second. I experienced this problem dozens of times on my primary PC which had around 20gb of ram free and a speedy 8 core CPU. I genuinely believe the frame drops must be the game engine’s fault considering a history of poor performance I have experienced firsthand with Unity 3D games. It may only be an annoyance while coasting along an expansive scenic level, but this problem is devastating in one of the maximum speed downhill segments, where many of my frame drops directly caused a crash.

Lifeslide was designed to be relaxing at times, thrilling at others, and overall entrancing and beautiful. I believe they managed to realize that vision here. It is mechanically sound and satisfying to play while also being a technical and artistic showcase. 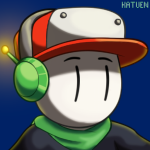