Roguelikes are all the rage right now. Whether it’s something that blurs the line of a Roguelike such as Dead Cells, or something that goes for a more traditional feel like Crypt of the Necrodancer – no one can deny that Roguelikes have reached a fever point that hasn’t been seen since the introduction of the genre. Today’s game – Nexoria hopes to cash in on that craze – does it scratch that itch?

Nexoria has a resemblance of a story, however, if you’re expecting something deep – then you’re in the wrong place. Nexoria gives you just enough plot to justify your characters going on a quest – but that’s about the short and long of it. Thankfully, because of that, I can tell you the story without spoiling anything: You are four heroes tasked with exploring the depths of the dungeon of Nexoria and…that’s it. It’s pretty old school in its set up, so that can be a good thing or bad thing depending on how much of a roguelike purist you are.

Even though the story is a bit light on details – I feel like the one place that it does something…unique is with the gameplay as it can be best described as a 2D pixel turn-based CCG roguelike. To start off, you select four characters to go into the dungeon. Each represents your stereotypical “class” in a roleplaying game but with minor twists. For example, the Warrior is a cat. That’s it. I will say there are a lot of class choices and some are pretty unique in my opinion. There are also unlockable classes, such as the Witch, which you get by beating the dungeon once. The more you beat it – the more classes you unlock. Once you choose your four characters you are thrust into the dungeon.

It’s a typical over the head view and you move space to space like a normal roguelike. The one difference is – there’s both enemies and events in the dungeon and the events can help or harm you. For example, frustratingly one of the events is that you get cursed which drastically reduces your abilities for a fight. If you don’t know this going into a boss battle (there’s one on each floor to continue) then you can get pummeled quick. ON TOP of that there’s also your typical hunger meter – but in my opinion it decreases WAY too fast. I’m used to roguelikes where every steps takes like 1% of your hunger but in this game it’s like 4-8% per character per step and food is not plentiful. I attempted to turn the difficulty down to see if that would help but it didn’t make a difference for the hunger meter. Plus once its zero – your characters start losing health. I can’t tell you how many runs I had that were completely screwed up because of this mechanic.

Once you enter a battle – that’s where things change drastically from a typical roguelike. Instead of just simply pressing a button to swing a sword or whatever, you actually go into a side-scrolling turn-based battle where position matters – so in a way it is ALMOST like Darkest Dungeon in a weird way. The battles play out like this – your character has a bunch of unique abilities and attacks for that class but you also have cards that are in your inventory that are shared between all four characters like food, items, and other stuff. You also have an…energy meter of sorts that allows you to play cards based on the number as each card has a value that has to be met before it can be played. For example, the warrior may have a critical hit card that has a value of 3 – as long as you have 3 or more energy then you can play the card. As long as you use an ability and don’t use an attack then your character stays in their place – but if you use a melee attack then you automatically move to the front of the line. It seems that most monsters attack the front person – so it’s wise to keep your spellcasters out of harm’s way.

This turn-based battle definitely makes things interesting in a roguelike – but I feel the whole thing needs way more polish to keep your attention for long. The game also desperately needs rebalancing as I found myself dying in the first dungeon WAY more times than I care to admit – it’s not due to a lack of skill but the RNG is definitely against you in this game. I can’t tell you how many times I got a “random” event that just so happened to hurt my party then helped. I know roguelikes are supposed to be brutal but there’s also supposed to be a sense of progression. It’s definitely hard to get that here.

As far as the art goes – I actually enjoyed the pixel art presented here. I thought it was pretty unique for a game like this – unfortunately, I felt the dungeons could have used a bit more dressing up. The sound was nothing really unique or interesting and the music had it’s moments here and there, but overall it just kinda felt like it was there. The turn-based battles had some pretty good backdrops and while it made up for the dungeon explorations lack of pixel art – it definitely made me wanting more.

There were definitely bugs in the game when I played. For example, when you die – you’re supposed to get a screen that tells you what happens and lets you restart. In a few runs, I had it where my whole party died and nothing happened. The battle kept going with the enemies trying to take turns in an infinite loop. I had to quit the game in order to continue playing. While I’m not entirely sure it’s a “bug” per se – but the balance of the game is COMPLETELY off as I mentioned previously. No matter what difficulty you play – the game is incredibly tedious and difficult mostly because the game is out to get you like a sadistic Dungeon Master in D&D. I felt like everywhere I turned there was a really difficult battle or an event just waiting to curse my party. This alone made the game tough to enjoy. I’m all for difficult games – but not like this. As far as handheld vs docked – I couldn’t really tell a huge difference. Due to it being a pixel art game – it made it easy to play in either mode without a noticeable difference.

Crawling Out of this God Forsaken Dungeon

Nexoria has a lot of good ideas in it I feel like. I can definitely tell whoever designed this game probably started this by drawing in their notebook in class on what they thought a cool roguelike would be. There’s definitely a lot of heart. While the ideas themselves are good – the execution is somewhat poor. I think if they focused on making the game a bit more fair (it can still be difficult!) and have the RNG skew less on the “curse your party every other event” then this game could stand out. The turn-based battles were fun when I got used to them and I didn’t find a problem with the exploration itself. Oh, and if you’re the dev – definitely tune the hunger meter. That would cut down on a lot of frustration too. Overall though – it’s tough to recommend this game in its current state. Thankfully it’s only $4.99 regularly priced – so if you like roguelikes and want to try a unique experience – you could definitely do worse at higher prices. 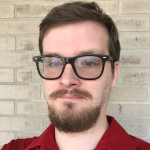