Full disclosure, I have never played Nier Automata, the original Nier, or any Drakengard game. I’m a fan of action games and always wanted to try the Nier games, and for me personally, this gorgeous remake of the 2010 game Nier seemed like the perfect jumping-off point. Ultimately, other than a rather confusing first couple of hours, I think my instincts were right. With few expectations to meet, Nier Replicant was a fascinating and thrilling game that hooked me deeply and wouldn’t let go, despite some troublesome and confusing sections that attempted to hold it back.

You play as the titular Nier (who you can rename) and after a brief introduction to the game’s mechanics (an introduction that made little sense to me until I had completed the game and watched a few handy YouTube explanations), you are thrust into the main story. Set in a quaint village, you live with your sister Yonah who is plagued by a mysterious illness called the Black Scrawl. Your quest to find a cure will have you exploring the lands and assembling a ragtag group of friends including the fearsome Kaine, the mysterious Emil, and a flying book with a robust vocabulary, Grimoire Weiss.

Tome me, Tome you 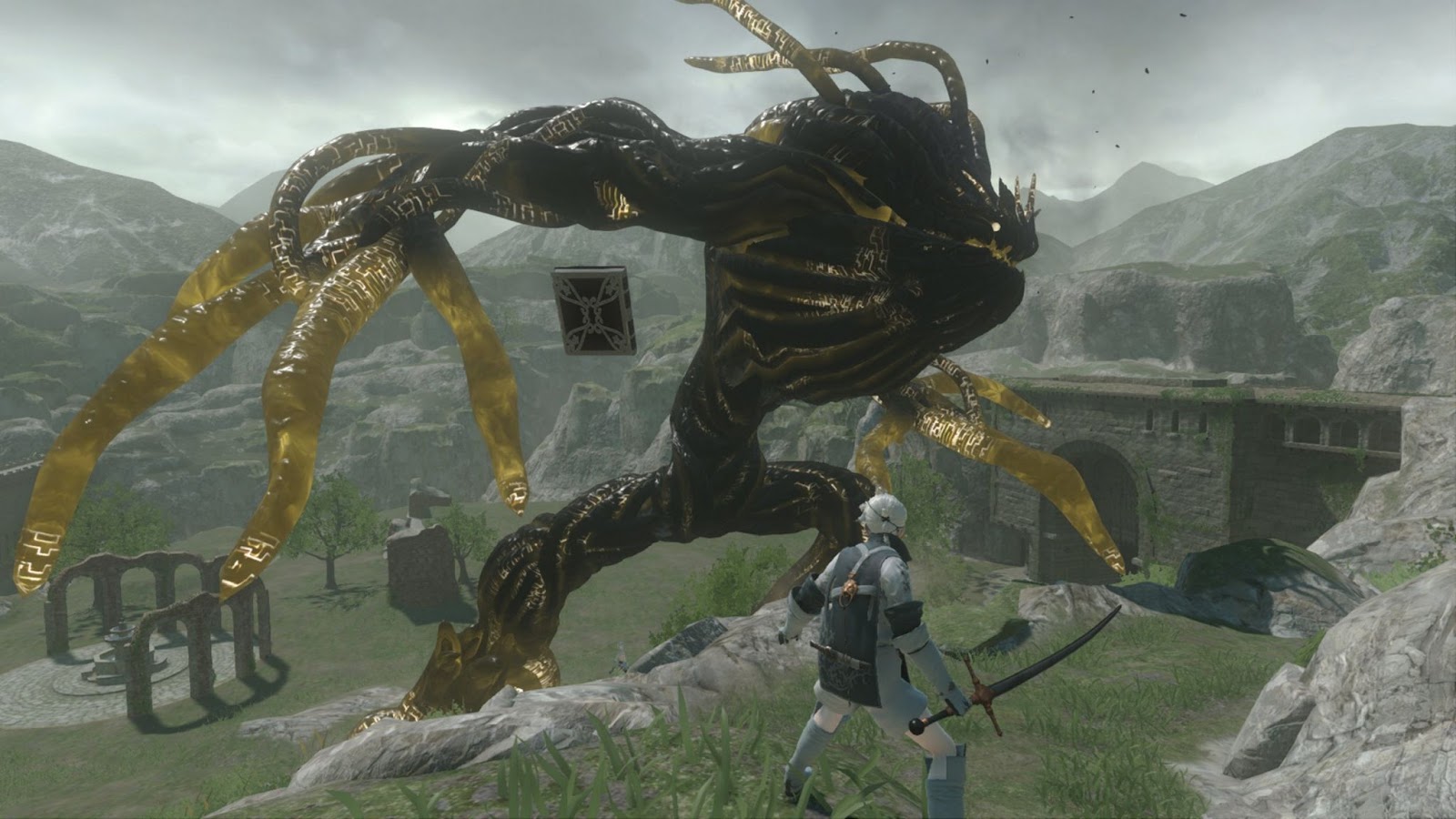 You meet Weiss early on in the adventure, and as well as being a talking thesaurus, they are the source of your magical attacks; which along with your various weapons, you’re going to desperately need. As you explore the world of Nier, mysterious black and golden enemies called Shades populate the outside lands and make your life difficult. They come in all shapes and sizes and the story around them is one of the more fascinating aspects of the game. While you won’t be facing too many different types of Shades outside of the various boss fights, the immediate gameplay feel of the action is so satisfying. I rarely pushed through a few Shades without stopping to decimate them all. Plus, they offer experience and more magical words to access greater magic from Weiss, so you’ll soon be a formidable hero.

The story itself starts deceptively simple, well after the baffling intro that made much more sense after the fact, with the opening segments having you running errands to find ingredients for ailments, in the hopes of helping your sister. But in both a micro and macro way, Nier Replicant constantly surprised me in both spectacle and depth. The cast of characters you meet on the journey is fantastic, even if their static models remind you that this is still very much a decade-old game. But the actual dialogue and voice acting, much of it new for this version, are absolutely stellar. Normal interactions with shopkeepers are given heavy meaning from choice and impactful words. I found myself attached to the most mundane of NPC characters and the stories that play out for them ended up being just as effective as the story itself. 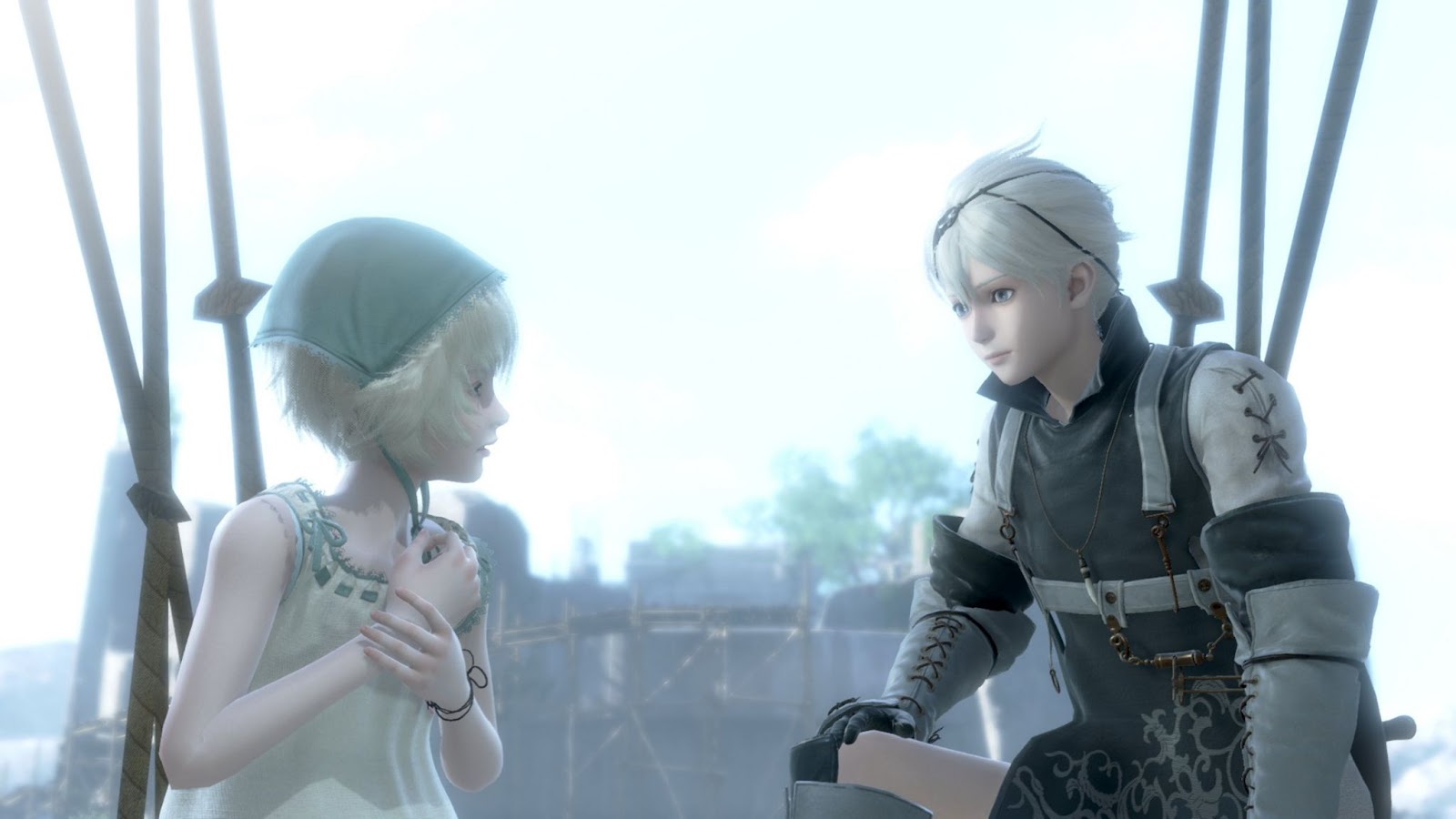 Nier Replicant understands the weight of the story as well, leaning heavily into both the philosophical and absurd. It’s not afraid to leave some things to interpretation or present some truly bizarre scenarios presented almost entirely in text. Several times in the game the story, and some choices, are presented in walls of text that force you to pay attention. As a person with ADHD I always have subtitles and dialogue to make sure I can retain information better, but even in these moments where the screen was filled with words, I found myself fascinated and enthralled, hanging onto every word. They do slow the game down somewhat though, and as interesting as those moments are, they’re not as gripping as the action.

As mentioned, the actual story of Nier Replicant goes in some wild and unexpected places (for myself anyway, I hadn’t played the original), and just as interesting as those settings, characters, and cultures were the different enemies at every corner. Not just blank creatures serving as waves ready to die at your sword, they attack in complicated ways forcing you to remember your whole moveset, and they’re introduced at a steady rate to keep you on your toes. Then, bosses are a whole other level. While some normal enemies will hurl orbs of damage at you, some bosses are intimidating, screen-filling monstrosities that will both bat at you like a mere fly while battering you with countless waves of magic damage you must also avoid. Each one was compelling, and the range in design was fantastic. One later boss fight on a rope bridge in a setting you revisit is one of the most visually interesting things I’ve seen in years and was a satisfying enemy to finally best as well. 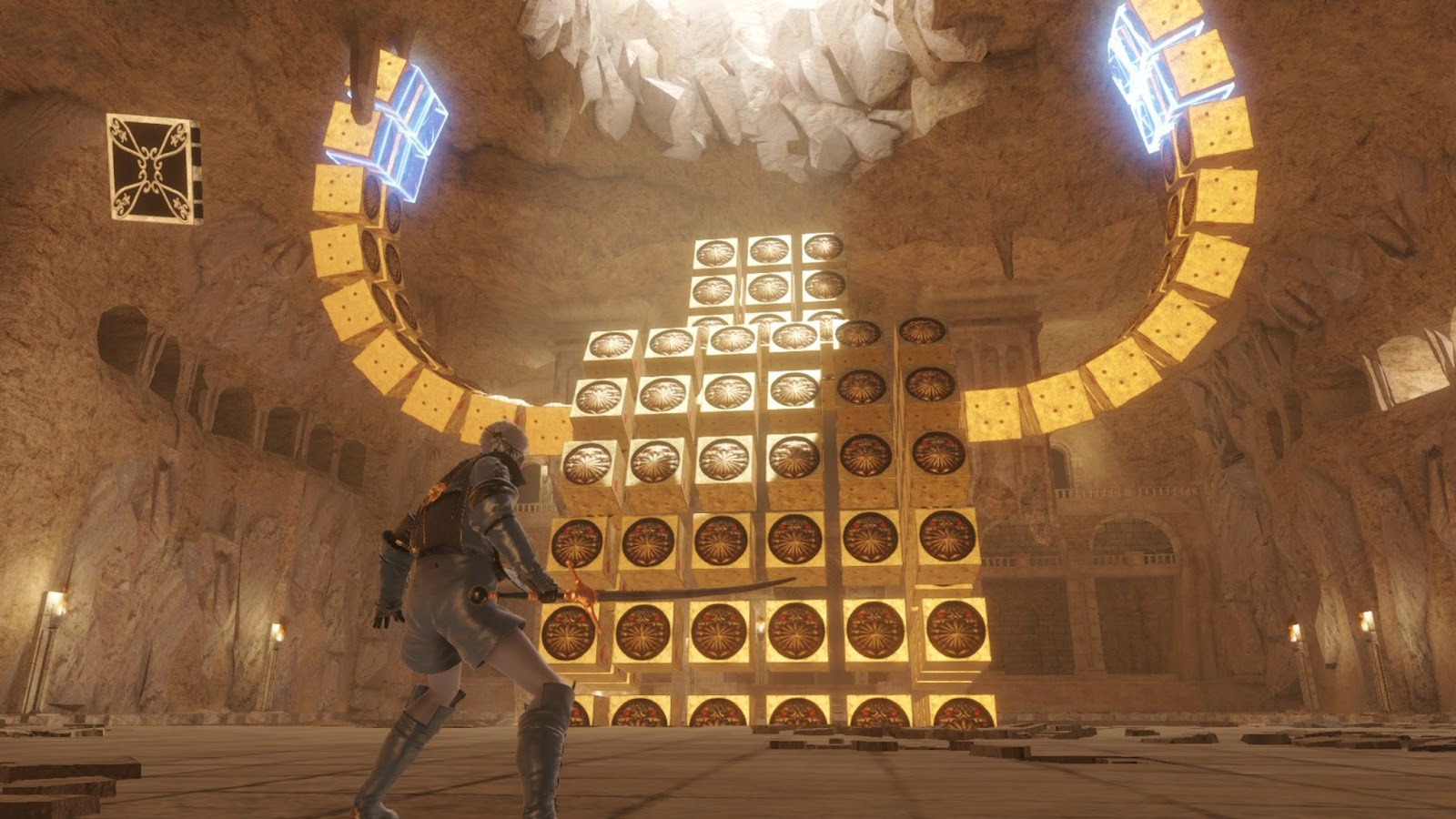 Nier Replicant has a great amount of complexity to your characters moves as well, with a range of weapons to discover, the aforementioned words that give boosts to weapons and also boost the magic attacks of Grimoire Weiss as well. They’re doled out at a satisfying rate, though some of the later magical attacks, in particular, I didn’t find much more interesting or effective than the ones I’d grown to love. I felt like even when I tried to give other attacks a chance, I went back to one ranged magic attack spell that seemed to work best for most encounters. It was still fun to experiment though. There is however so much great content drawn out of the game, as you will be playing through several areas again in your attempts to get the ‘true’ ending as well as finding every weapon in the game. It’s a bit of a slog, but the added story offered is genuinely interesting, as well as the opportunity to better understand the nuance of other character’s stories around Nier’s.

Pace does end up being the game’s biggest downfall though, as even while I found so much of the story compelling and the action almost flawlessly engaging, the game still seems to do it’s best too slow to a crawl at several moments. One area called the Lost Forest really tests the limits of interesting storytelling, and despite my love for the writing and VO in this game, this area very nearly put me off entirely. It’s meant to convey a particular part of the story, but being away from the action for so long ultimately hurt my experience.

Then there is the previously mentioned ‘true’ ending, which involves a whole host of replaying segments, busy work, and ultimately some obtuse actions you’d likely never find without a guide. It’s certainly satisfying to unearth this stuff, but the game doesn’t do enough to alleviate the boredom of replaying some sections, nor reward you highly enough in my opinion. This coupled with a smattering of tedious puzzles in the dungeons and some serious backtracking to different areas repeatedly, meant that it often felt like the game was actively working against my desire to play it. It never ruined my experience, I consistently loved playing the game more than I was ever frustrated, but a few bothersome moments felt like they could have been adjusted, shortened, or even given some additional flair in this remaster. 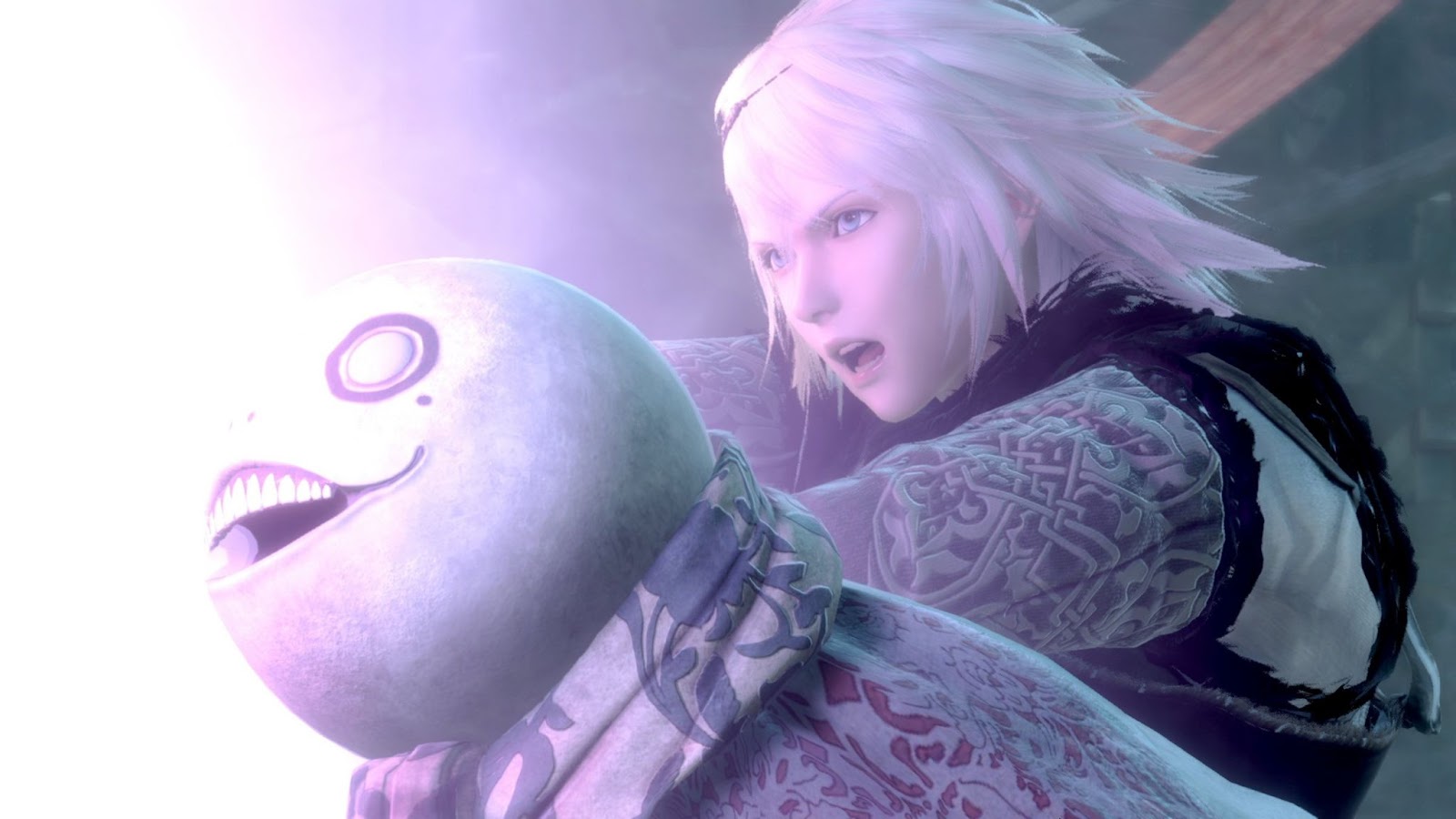 Finally, the two things that tie this experience together are the visuals and music. They both helped establish the strong sense of tone and character that the game hopes to achieve, and honestly are one of the main reasons I felt so consistently compelled to keep playing. The music is a gorgeous mixture of uplifting melodies and delicate moments carrying subtle themes, it was always either memorably fantastic or felt suitably full of humanity to truly extend the emotion of the game. Visually this is definitely still a remaster of a decade old game, not a remake, but the original character and enemy design is so strong it stuck out as widely interesting and a great realisation of the strange and harrowing themes the game represents.

Together, Nier Replicant is an experience I am hugely satisfied with and grateful I took the plunge in a series I thought too impenetrable for myself to understand. It certainly benefits from a little prior knowledge of the series, but playing it as a newbie still offered a game with a deep, interesting story with heavy themes and some memorable moments that were carried carefully and emotionally with fantastic writing and VO work. Finally, the action is sharp as a tack, with a constant stream of interesting enemies and weapons at your arsenal, managing to straddle the fine line of challenge and satisfaction almost perfectly. Whether it was waves of Shades in an open field or a towering creature destroying a town, the action felt incredible in both it’s speed and complexity, with my actions and failures all feeling entirely my own to manage and improve upon. Now, I guess I’d better go play Nier Automata!

Nier Replicant is a thoughtful, emotional, and downright weird story wrapped around some of the sharpest action you’ll play all year. Eye-catching bosses and memorable character beats further elevate it beyond most, and despite occasional pacing issues, it was a stirring adventure I won’t soon forget. 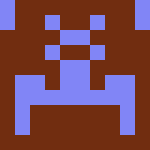