It’s funny, this is usually the part where I would claim that I knew nothing about this game, but this game has had somewhat of a marketing push from Devolver Digital, so I already had this game on my wishlist when I picked it up to review. So, to anybody who is in the same boat I was in, is this game worth buying? Or is it best left forgotten?

The start of the game alludes to there being more story than there actually is. (This is just one of the things I don’t like about the start, which I’ll delve into later). You play as a man named Faraday, who ends up shipwrecked in the middle of a fishing voyage. However, the place he lands, Terraphage, is special. You can only leave through one particular door, which requires three blue keys to open.

Faraday is not alone, however. Many castaways have been doomed to this place, eventually building a small settlement named Oaktide to live in as they try to escape. There is also the titular princess called Olija, and her royal guard. The guards do not approve of Faraday, but that does not stop him from making contact with her.

Olija isn’t the main focus of the game, but Faraday’s interactions with her are lovely and are probably the most interesting aspect of the story. There are a few recurring characters you meet and you can find and save more castaways trapped in the levels in order to bolster up Oaktide, but story is certainly not the biggest factor. But all in all, I’m happy with what is there, it provides an interesting backdrop to your adventure.

To get back to me not enjoying the start, it all comes down to your starting moveset. You can jump, attack, and dive when you start the game. While you don’t spend an extended amount of time without any weapons, having so few options in the beginning tutorial led to it being extremely basic and boring. But if you stick with it until you get the legendary harpoon, the game completely changes.

Apart from being another weapon to attack with, you can toss your harpoon at enemies, parts of the environment, or these weird… eyes… and if you hit your target, you can then teleport to it – akin to Vergil’s summoned swords from Devil May Cry. You can also call it back at any time. This is the main draw of Olija. It takes a bit of getting used to, but when you’ve mastered it, you’ll be zipping around levels and not giving enemies any time to breathe in combat.

It’s used in some clever ways too. For instance, if you see some black goop dangling from the ceiling, chances are throwing your harpoon at it will let you teleport to a hidden area. But of course, this isn’t the only tool in your arsenal – you have a range of secondary weapons you can switch between at the push of a button, a thunder stone which can be used to electrocute enemies as well as power certain doors, and craftable hats that you equip at the start of exploring an island, all with different draws.

A Little Too Short, But Sweet

You start off with a rapier, but eventually get a crossbow, a shotgun, and a heavy sword which can be placed in the ground and teleported to, like the harpoon, leading to more interesting puzzles. The aforementioned hats meanwhile provide perks, like immunity to acid, attack buffs for keeping a combo going, etc.

Unfortunately, my biggest problem with this game is that it just does not require any of this from you. It’s incredibly easy – I only died maybe 3 times in the 4 or so hours it took for me to beat it. The game incentivises you to play stylishly by having a bar fill up if you constantly attack enemies, as well as bubbles above Faradays head that appear when you teleport and attack, and both of these eventually give you a strong attack when full, but I almost never felt the need to pay attention to this.

But don’t get me wrong, I still enjoyed the combat. It makes for extremely frenetic encounters and boss fights, which are then paced with slower but still fun exploration and puzzles as you search for all the keys you need to progress. And of course, your reward for exploring are materials to craft hats with, as well as a currency which can be used for health upgrades, or to hire somebody to gather even more materials.

I honestly just wish the game was longer. There’s a lot of puzzles and gimmicks which I feel could have been expanded upon more. And the brevity of the game hits hard in Oaktide, where I managed to get all 3 health upgrades pretty early on, so the currency and materials became virtually useless, considering I already had a hat I enjoyed using. So Oaktide ended up becoming the place I went to refill my health, and nothing more.

Near, Far[aday], Wherever You Are

But, on a more positive note, let’s talk visuals. I think the game’s presentation is rather excellent. The game uses the tried and tested pixel art style (if you couldn’t tell from the screenshots!) The animations for Faraday are extremely fluid and lovely to look at, and Terraphage is full of this thick and heavy atmosphere.

Every time you set sail to a new island, you truly feel like you’re exploring some dark, long abandoned area. Though of course, there are moments of beauty hidden away within Terraphage too. It’s a fantastic setting. The music does a lot of heavy lifting when it comes to maintaining this atmosphere. You’re obviously not going to be finding any headbanger tracks in this OST, but it goes hand in hand with the visuals.

I’m also pleased to report that on the technical side of things, I did not have a single issue with the game. A rock solid framerate, and not a single bug to be found. It being so polished honestly makes it a rather uninteresting aspect to talk about!

So, to answer my opening questions, I do indeed recommend this game. With extremely aggressive combat and light puzzles/exploration to counterbalance that, I honestly loved the game… once I got the harpoon, that is. I would gladly pay for a longer and more fleshed out experience, but what’s here is fun enough. I mean, me wanting more is proof of that! 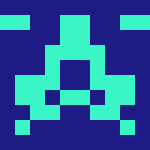