The World Could Always Use More Heroes

Since Overwatch’s original release back in 2016 I have been well and truly hooked. In fact, it’s one of my favourite multiplayer games of all time. During the many hours of playing online with my friends (all being big Switch fans) the conversation often came up about what it would be like to play Overwatch in the palm of our hands. Well, now we don’t have to imagine, because it’s here!

For those who have no idea what Overwatch is, it’s an online team-based, first-person shooter that sees players pit against each other to complete various objectives such as pushing a payload across a map or capturing certain points.

Oh, and i you enjoy games with a bunch of lore then you will enjoy Overwatch’s host of story arcs for each of their characters – a lot of them are told through external videos or comics though. So, sort of a story?

It’s Time To [Over] Watch

With this being a team shooter, as you can imagine the emphasis is playing as a team. Going out looking for the most kills will do you no favours in Overwatch, you must coordinate your play style if you want to win consistently. The game does reward players accordingly too, there are no assists in Overwatch. If you had any part of eliminating a player it classes as a kill for all players involved, which is nice. It’s a team effort, after all.

You also get rewarded at the end of each match depending on how you played. You will be awarded various medals and EXP and you will also have the opportunity to endorse your fellow teammates. Stating whether they were a good teammate, good sportsmanship or a shot caller. Overwatch is the only online game I can feel completely calm whether im winning or losing.

There’s A Hero In All Of Us

Overwatch has a pretty extensive character select screen with 31 playable heroes. The great thing about them though is they are all completely different, each with their own weapons, abilities and play styles. There’s Sombra, a hacker who uses an SMG along with various hacking abilities. Mercy, a guardian angel whose main purpose is to heal and Winston, a super-intelligent, genetically engineered gorilla… just to name a few.

All heroes are sorted into classes; Tank, Damage and Support. With each one serving its own agenda. Tanks are there to take most of the damage, with either a shield or just being the bigger target, drawing away the attention from the Damage classes which do the, well… damage and support are there to provide specific buffs such as healing or speed. It’s using this combination effectively that helps you to succeed in Overwatch. Each 6 person team is made up of 2 of each class, so it’s fair.

There is also a whole host of customisation options for each character too; new skins, emotes, sprays, poses… 100+ for each character. The way in which you unlock these is from the games loot boxes. I know what you’re thinking, but in no way are these loot boxes forced upon you to purchase with your own money. Imean, you can buy them, but they are easily unlocked through playing the game. Each time you level up you will unlock one and then winning certain game modes will give you a loot box – this changes day to day.

Okay, let’s get down to the nitty-gritty. Overwatch on the Nintendo Switch caps out at 30FPS – a noticeable difference compared to the 60FPS that Xbox One, PS4 and PC offers. That being said, if you are like me and predominantly play your Switch in handheld mode, Overwatch is a must-have. I encountered absolutely no connection problems whatsoever and it still looks great on that little screen. For me, it was 100% the way to play. There is just something about being able to play on the go or whilst on the loo. What more could you want?

With Overwatch on the Switch including any and all add ons that are available for consoles, including the Halloween Terror event, and even 3 months Nintendo Online, there has never been a better time to dive into the online shooter. 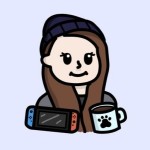