Sphinx and the Cursed Mummy is a remastered version of the original 2003 release which came out on the Gamecube, Playstation 2 and eventually the Xbox. The remastered edition first released on PC in 2017 and most recently on the Nintendo Switch in January of 2019. A mobile game was also released in 2004 but was a different style of game with a different story.

The game starts off with you controlling Sphinx who is a teenage, lion-tailed Egyptian who is tasked with finding the Sword of Osiris with companion Horus. The mummy character is introduced in the second level when Prince Tutenkhamen’s brother performs a ritual that turns him into the undead creature.

The first level introduces many of the game’s mechanics which are all expected to be present in a 3-d adventure/platforming game. You can activate a timed shield that protects you from lava and allows access to other areas of the maps. The puzzles are pretty standard as well, the first has you collect three coconuts for a dragon that can launch you onto a ledge.

Overall the puzzles and ‘quests’ are very stereotypical for this type of adventure game. The second scene where you take control of
Prince Tutenkhamen has you hunt down 8 amulets that are hidden throughout the level. Without getting into spoilers, these fetch quests get pretty tedious since there’s no indication where items are. There are times when the item is hidden behind a movable object, but there’s no indication anything is back there until you actually move the object. This makes for a slow & tedious slog through some levels moving every object. Thankfully the game breaks this up with a number of other type of platforming and hazards to get past.

One of the most unique mechanics in the game is utilizing the mummy’s un-death. Traps and hazards that would kill Sphinx cannot harm the mummy since he’s already dead. In the first scene where you’re controlling the mummy there’s an electrocution trap that charges him up so he can provide power to a device, touching the water will discharge the electricity.

Later in the game you acquire “capture beetles” which allow you to capture injured monsters and use them later to solve puzzles and open access to areas and items.

One of the best things about this game is the wide variety of mechanics, puzzles, enemies, and the levels. The two characters also help keep the game fresh. If the game was only Sphinx or only the mummy it would be a much less interesting game, the combination of Sphinx’s combat and the mummy’s stealth/puzzle solving very much helps to keep the gameplay fresh throughout the different levels.

Comparing the original release with the re-mastered edition there are remarkable differences in lighting and texture quality. The title screen itself shows a very nice smooth animation with very cool lighting effects.

The soundtrack is sufficient but for me was nothing memorable, it does fit the theme of the game though. For a game that has a lot of undead, creepy tombs, evil castles, and other magical events the music could have been more ominous or foreboding. Sound effects are nothing special, pretty standard grunts and whooshes of the swords, thankfully though the music and effects have enough variety to not get repetitive or annoying.

Overall the game is a solid and entertaining 3-d action platformer puzzle game. It’s fairly obvious that this isn’t a new game, but honestly that doesn’t take away from the gameplay and the enjoyment of it. The difficulty progression of the puzzles and levels ramps up nicely and there aren’t many spots that are broken or overly frustrating.

The game does have some quirks and bugs, nothing game breaking but they’re there. One example is that seemingly small height differences cannot be walked up and need to be jumped up. The controls for the most part are pretty responsive, but some of the trickier platforming sections can be made more difficult due to camera control or missing a ledge to grab.

Overall Sphinx and the Cursed Mummy is a solid action platforming game that has a lot of unique mechanics that help separate from the crowd in a saturated genre of games. It’s enjoyable experience for fans of the game or players who wish to experience it for the first time. 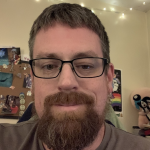