The Adventures of Elena Temple is not new to the Nintendo Switch, the original launched in May of 2018. However, the definitive edition brings with it a ton of additional content. For those that already own the game, it can be purchased for $0.99.

I was not sure what I would find when I sat down with Elena Temple. The cover art does not give the impression of a big-budget title. Once I began playing though, I discovered that was the entire point. The Adventures of Elena Temple is actually designed to be like a game that might have actually come out in 1982 and was then ported from failed system after failed system. These systems, seven in total, act as the player’s screen within the high-resolution background. The ability to switch between these seven screens was actually a neat feature, though I found the smaller screens hard on me (admittedly bad) eyes. Playing docked instead of handheld was definitely my preference.

The actual game is exactly what one might expect from the 80s, or for those of my generation, their graphing calculator. There are three temples for the player to choose from, the original being the largest. It is also the simplest, and the other two dungeons each add new mechanics to make up for their smaller map size. The premise of all the maps is fundamentally the same, collect all of the temple’s treasures to unlock the exit and escape. While none of the temples will take a significant amount of time, 75 minutes for the first temple for me, all three temples have hidden items to discover and achievements to unlock. For those that want to complete the game 100%, this will increase the playtime by a fair bit.

For anyone that has played a retro game, there is no question that older games were often brutally hard. Elena Temple certainly keeps true to this, with many of the platforming challenges requiring precise jumps and excellent timing. When the player dies, they are immediately spawned back at the last safe platform they occupied. There are also no lives. Because of these two facts, I did not mind the difficulty at all, as I could quickly try again as many times as I needed to get through a room. Honestly, it is a design philosophy that I wished more game designers would adopt.

What impressed me most though was the actual level design of each room. Every aspect of the rooms is put together in an exceedingly precise fashion. Even the games simple controls are used for maximum effect. Jumps have a set height, unlike more modern platformers where jump height is connected to button press length. This means that spikes placed on the ceiling cannot be avoided by making a more shallow jump. Instead, I had to find a lower platform to jump from, or find a trigger to remove the spike.

Elena’s gun can only hold two bullets at a time, which is also used in puzzles. If a room requires two bullets to solve and there was an enemy in the path, I had to learn the enemy’s pattern and dodge around it to save my bullets. every time I thought the game had run out of surprises, it showed me otherwise. The designer’s smart use of their game’s built-in limitations are what elevates this to be a solid platformer.

Fans of retro-style platformers should look past the simple presentation because this is a game that succeeds masterfully at what it sets out to accomplish. As this game is modeled after an era from before I was born, I did not have the nostalgia that I think would have made me enjoy the game even more, but once I understood how the game worked I was excited to keep playing.

Verdict
An impressive retro platformer that quickly becomes addicting. Definintly a must for fans of this era in gaming.
4/5 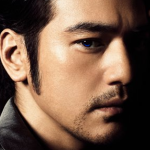