Last year whilst roaming the indie floor of PAX Aus, a creepy-looking bird creature managed to capture my attention. Terrified of the imagery the game put forth, I wandered over to the booth to get my hands on this intriguing game. Out of all the demoes I had played that year, Ring of Pain was one of my favourites by far, and I had to ask whether the game was making its way to our quaint little handheld.

Unfortunately the developers at the time were playing coy with the idea of the game coming to Switch, so I was unable to include it in any Switch-related write-ups of the event at the time. Finally that terrifying card-based roguelike is available, and I jumped at the chance to play the final product and tell you all about it.

A Vague Tale to Tell

The story of Ring of Pain is a tough thing to talk about, as there isn’t much of it delivered to the player, and what story there is is told in cryptic rhymes that make you question what you think you know. It is extremely vague, but here is what I’ve managed to piece together so far.

There is a creepy chicken owl thing that is a nice bird who gives you gifts and lets you chill out in its nest. This creature seems to be helping to guide you through the different stages in Ring of Pain, which is a nice change of pace considering everything else wants to kill you.

A voice in a weird purple void throws shade at the creature though, saying you shouldn’t trust it. Besides that, I met some frogs and dogs which was really nice. Unfortunately I haven’t been able to complete a run without dying, but more about that later. From the story I’ve gathered so far, it feels as though the story is focused less on delivering a full blown narrative, and more about creating an atmosphere and tone in line with its horrifying imagery.

Ring of Pain is a card-based roguelike, where you progress through different stages until you either reach the end, or more likely die. With each level, you are presented with a ring of cards, at least one of which will be a doorway out of the current level. You start with being able to interact with two cards in a section of the circle, and as cards are used, destroyed or passed, you move around the circle getting closer to your goal.

The different cards you may be presented with are items, stat boosts, chests and creatures. Items can be health potions, spells or equipment which can help to make you stronger. Stat boosts raise your main stats, such as attack power, defense and speed. Chests contain equipment that can be equipped and raise your base skills, though they require soul points to open which are gained through destroying creatures. And finally the creature cards, which will be your main source of run-destroying deaths.

Attack If You Dare

Attacking creatures relies heavily on stats. First of all, is your current speed higher than the creature you are attacking? If not, then you won’t get to attack first. How much damage will you be able to deal with your attack? Thankfully, there is an indicator to show just how much damage you will deal. Finally, how much damage will you receive to attacking? There is an indicator for that too, but it doesn’t always take into consideration all the factors into what will hurt you. Too many times I was caught out by an attack that should have resulted in success, only to instantly killed.

There is another option to attacking, and that is to try and sneak past the creature. Doing so relies on a percentage chance of success, which tends to be rather low. That can be increased with spells and equipment, but in general your stealth change will be below 30%, which makes that option a hard one to take sometimes.

A Small Reprieve, Crossroads and Death

When you finally reach an exit, you need to be wary of which one you take. A standard exit will take you to the next level, but take a coloured door and you could be rewarded with treasure, or more likely death.

Coloured doors tend to have a mark above them to indicate what you could be walking into, though if you have never seen the area you are about to delve into in a previous run, then the door will be marked with a simple question mark. It makes taking the door risky, but if you never take any risks during a run, then you will end up facing certain death as the challenge of each floor increases.

RNG is Not a Friend to Me

RNG is by far the biggest flaw of Ring of Pain. You are constantly at the whims of random chance. A seemingly perfect run can be spoiled by the random setup of the next level you reach. The level setup can screw you as early as the first floor, though that is extremely rare.

So many things can ruin a run beyond the random card placement. If the loot in your run is terrible, then you are screwed. Fail all of your stealth rolls and you can be screwed. Hit a few levels which offer few healing potions and you are screwed.

The most common cause of a failed run though seemed to be terrible loot before the massive difficulty spike at about level 6. If you haven’t been able to increase you attack power or speed before then, then you may as well give up. Creatures go from being able to be killed in one or two hits, to killing you instantly. This forces you to run away from powerful creatures, but eventually that will catch up with you.

One of Ring of Pain’s greatest strengths is its imagery and atmosphere. Each of the cards art styles are fantastic, from the creepy creatures, to the intriguing designs of the loot. The entire style is cohesive, and helps to deliver the look of a world that you would not want to be a part of.

As for the sound, the ambience is astonishing, setting up a horrific tone that will haunt you long after you put the game down. Its not over the top, nor is it so busy that it takes away from the game. The sound design truly is a masterclass on how to deliver an ambient soundtrack.

A Great Game on the Go

I never encountered any technical mishaps or issues during my time with Ring of Pain. Through many hours and countless runs, the game ran flawlessly in both docked and handheld mode. I much preferred playing in handheld mode though, as the game perfectly lends itself to on-the-go play.

Ring of Pain manages to capture the spirit of a roguelike, and perfectly encapsulates it within the bounds of a virtual card game. The game is dripping with atmosphere, bringing out true fear with its creepy aesthetic and haunting melodies. A reliance on RNG does bring down the experience, but overall the execution is fantastic. Each run may take anywhere from one to 20 minutes to complete, making it the perfect game when you are out and about, and I constantly found myself saying “just one more run”.

Although heavily reliant on luck, Ring of Pain is a fun take on the roguelike genre that would be a worthy addition to anyone’s collection. 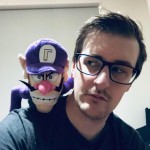